All the Tors Challenge 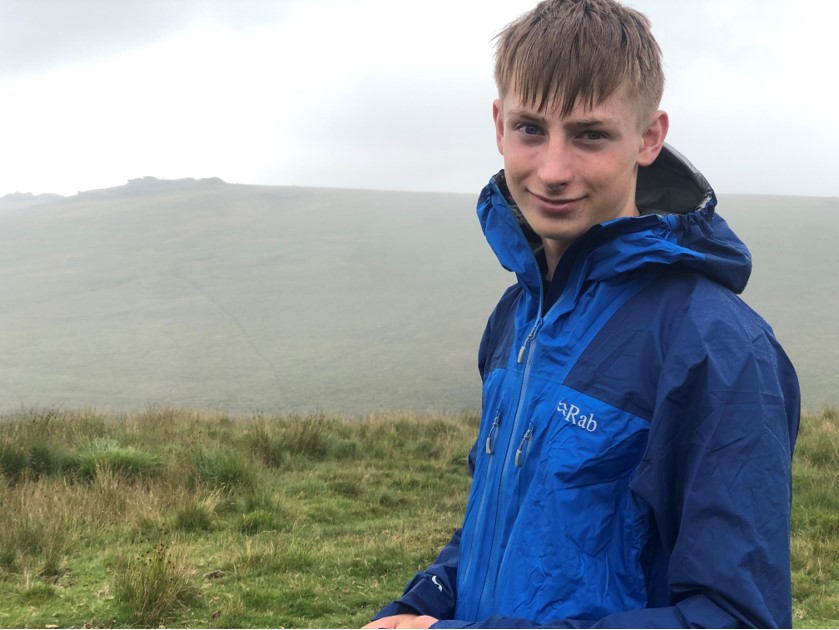 My challenge began at 0645 on a foggy morning at North Hessary Tor. The fog immediately dampened all my clothes and I remained damp for the next few days.

The first day, the fog remained – severely reducing the visibility. I was fortunate to know where I was going having prepared well and recently having completed Ten Tors with my school team from DHSB. I ended the day after 13.5 hours of walking and 27 tors completed, near Green Tor where I enjoyed my boil in the bag.

Next day was even more foggy with a hard trek from Green Tor to Kitty Tor across the tussocks. It soon cleared up around 1100 and I thought the rain had too. Just as I got into dry clothes, torrential rain hit me, leaving me with 2 sets of wet clothes. Dartmoor is unpredictable! After this downpour, the weather cleared and stayed sunny for the rest of the challenge. That night I was grateful to camp by the side of Wild Tor – a place I was had camped before on both ten tors and all tors training. I had already been to Watern Tor, placing me one tor ahead of the route card and with 20 tors completed today.

I may have started day 3 one tor ahead of the route card, but I finished it two tors behind. When I was planning the timings on the route card, I forgot about the camping zones so had to set up camp at 18:00, 2 hours before I planned to, having only completed 13 tors. I also noticed another problem with camping at Wind Tor instead of Aish Tor like the route card said- there was no river nearby. I could get water in the morning, but I had no water to heat up my meals, so had to have them cold.

I started day 4 early to accommodate for the early camp the night before. Waking up at 3:00, I worked hard to get back on the route card timings. Due a fairly slow start to the day with some tricky legs, I was due to be camping at Higher White Tor- another tor without a river, and four tors behind the route card. When I got there at 19:00, I decided I wasn’t going to slip further behind the route card, so I walked for the next hour at double speed. This allowed me to get back in the camping zone before sunset, so I had light to set up camp. I was camping at crow tor, having done 21 tors today.

The next day was a short day, since I only walked to 17:00 and completed 9 tors, again due to the camping zones on the route card. It featured one long trek to South Hessary Tor, before I got an early night as close as I could get to Combestone Tor without leaving the camping zone. I was optimistic for (what I thought) was the last day tomorrow. In reality, since I had made the route card one long sheet, I had not noticed I camp twice on the same page.

I woke at 2:00 to make up for the early night. I quickly got to Bench Tor before it was light, and this is where I made my only true navigational error. When I had practiced, the route from Bench Tor to Shipley Tor had been rather easy, but now it was full of ferns. In the darkness, the route I took to avoid these ferns left me climbing down a steep bank covered in brambles. I finally got to Shipley Tor just about on the route card timing and realised that I had a day more walking than I thought. This was disappointing but I continued to Hen Tor to camp, having completed 10 tors today.

On the (actual) last day, with the image of a massive roast dinner in my mind, I walked the remaining 18 tors and arrived at Kings Tor at 15:55. On the way home, I had the best ice cream I had ever tasted, got home to a roast dinner, and slept for the rest of the day.

All the Tors Challenge | Proudly Powered by WordPress. Theme by Grace Themes